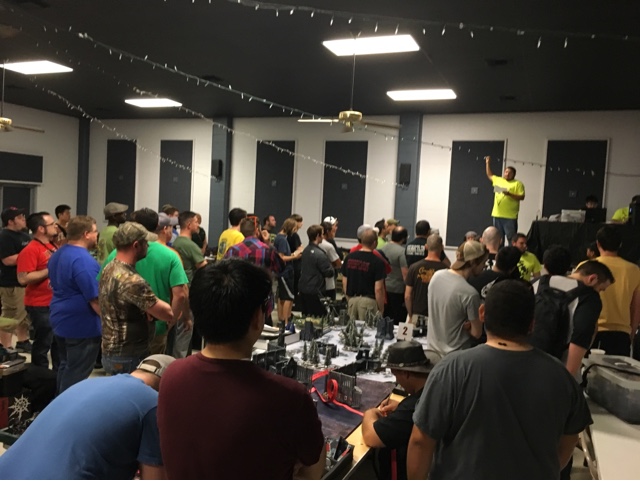 Another great year come and gone at the Alamo GT in San Antonio. I did pretty poorly this year but still had a decent time pushing my boys in blue around and hanging with a bunch of cool dorks. I did manage to win 3rd Fluffiest Army!
This year I took a demicompany led by a chapter master in 7 drop pods plus a lil CAD with Tigurius and Scouts in Storms. 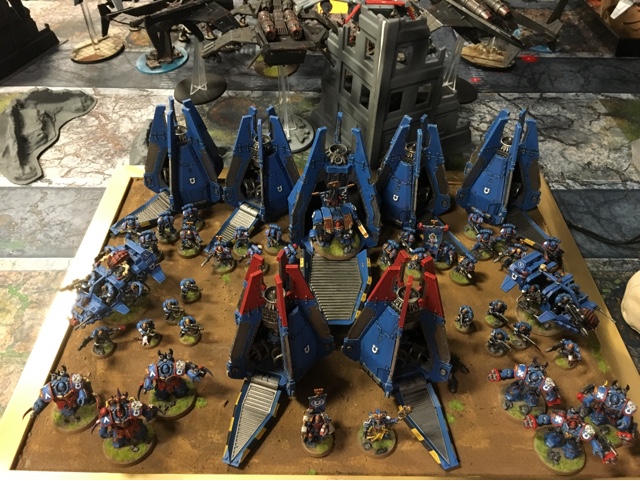 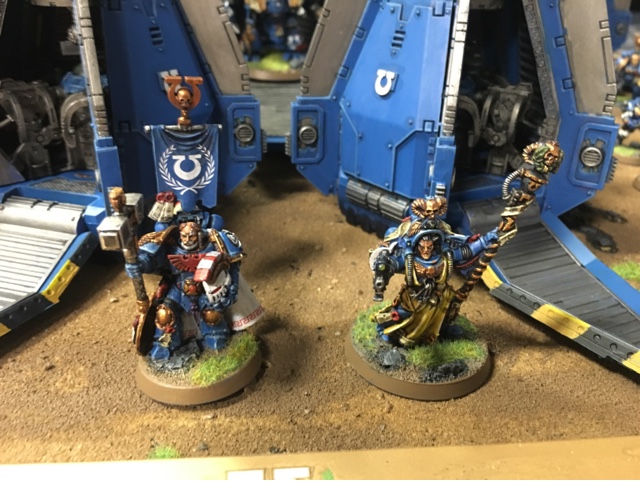 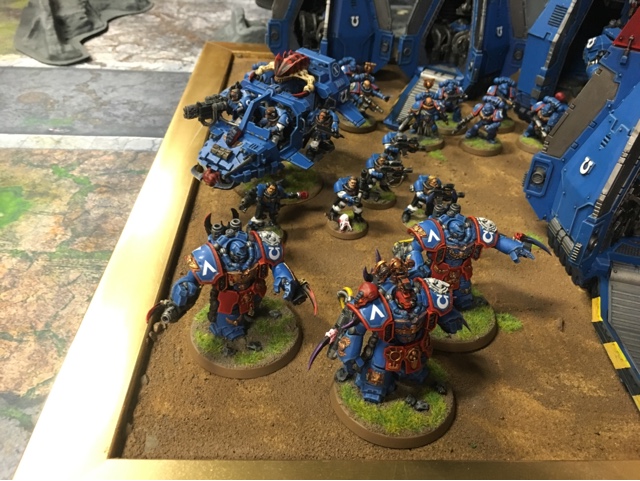 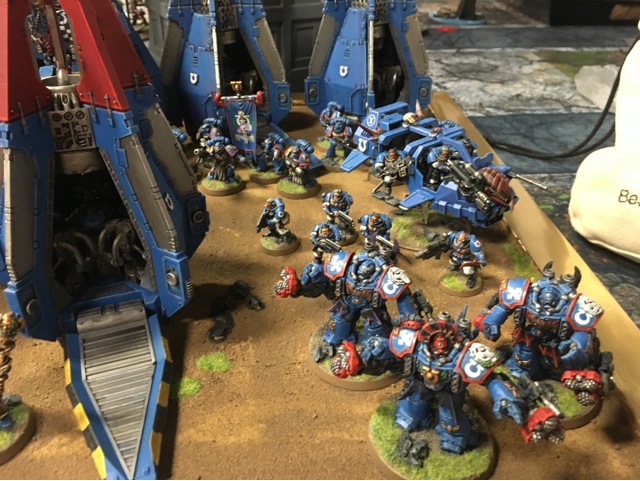 Here's a small selection of some of the other armies there: 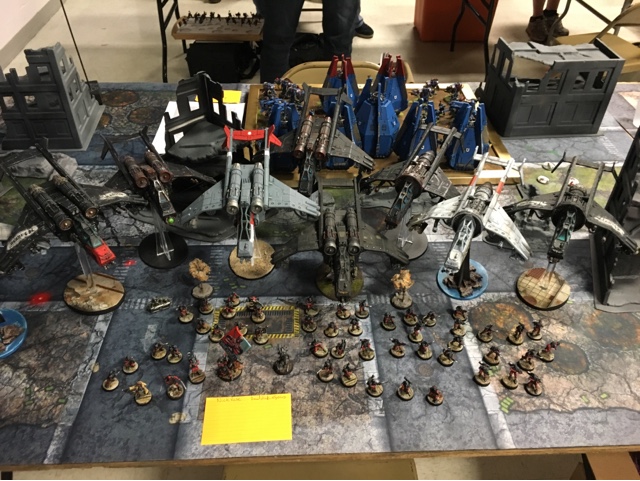 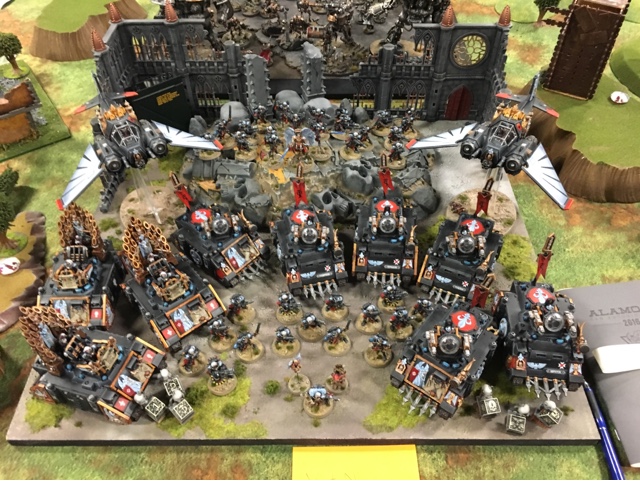 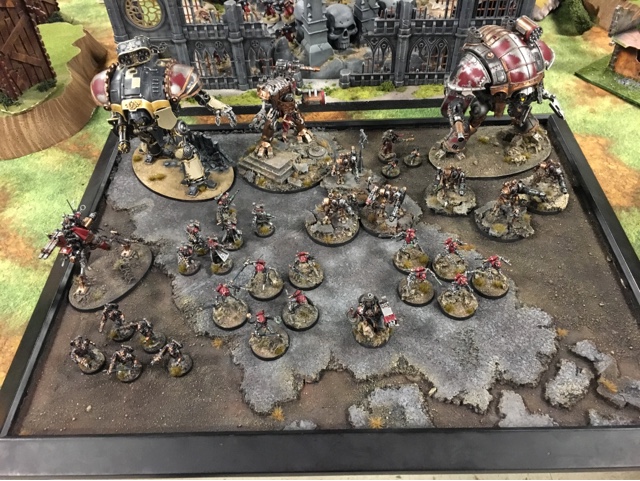 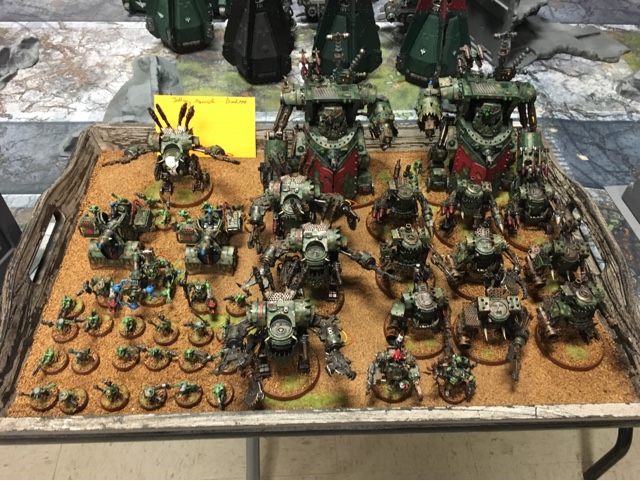 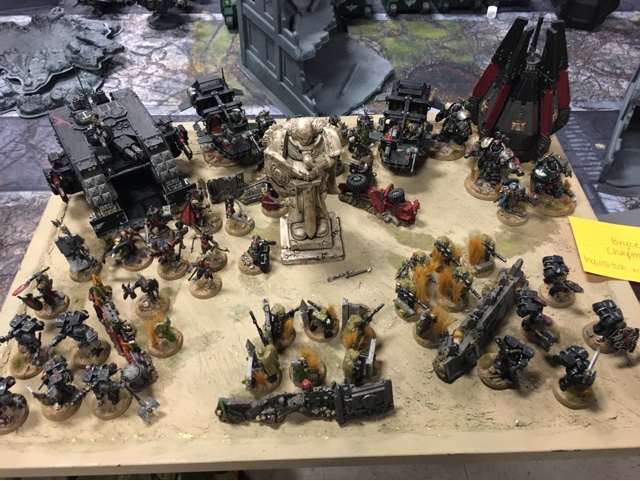 There was a ton of 30k games going on as well, including some big boys: 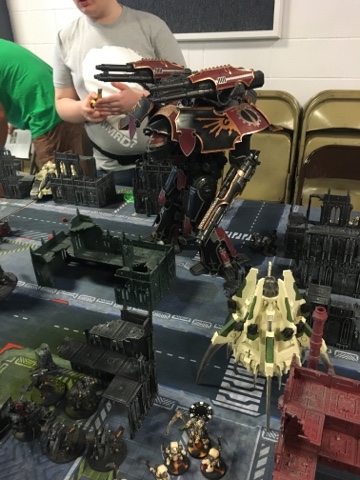 Nick had a ton of little elysian squads in 3 vendettas and 3 valkyries supported by 3 vultures. I nearly tabled him turn 1 after shooting down one of his two valkyries, but couldn't bring down the other. After that, my entire army basically got blown apart one unit at a time by 60 punisher shots and 9 lascannon shots a turn, all twin-linked. Total loss.
Game 2 - Orks 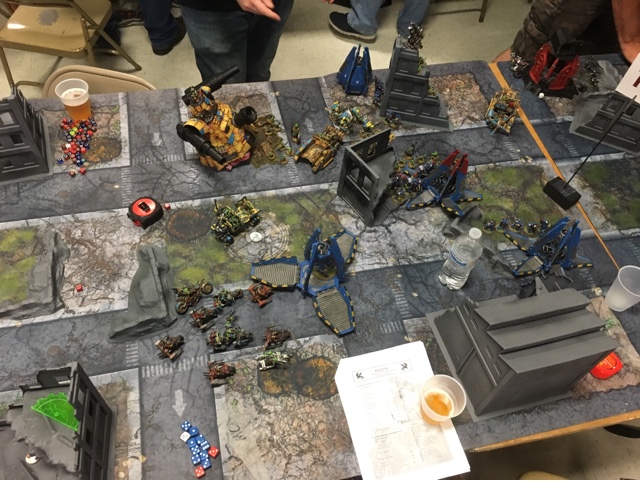 Probably my favorite game of the weekend, despite having to deal with double 7" D plates a turn from his Mek'd up stompa. Suffice to say I got stomped in this game too.
Game 3- Inquisition/Assassinorum/Reaver Titan 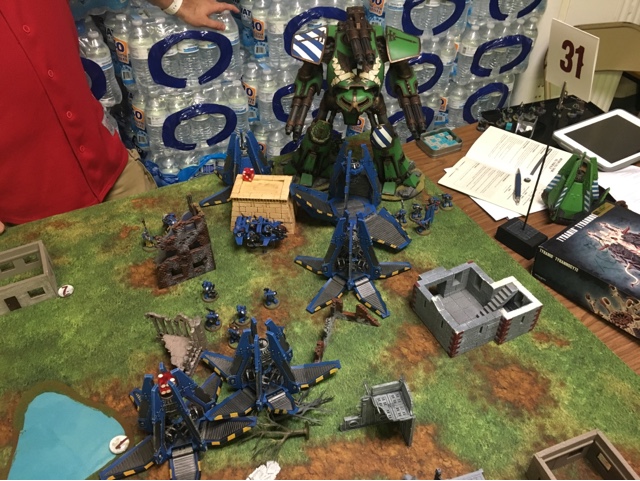 From 2 x 7" D plates to 8 x 5" D plates. I won the Maelstrom portion of this mission but lost the primary. The main thing that slowed me down was having to take the first turn or two to kill off the Culexus hiding under the Reaver's skirt so that Tigurius could move in with his invisible assault centurion buddies. But never took more than a few hull points off the big lug and lost nearly my entire army to shooting.
Game 4 - Tyranids 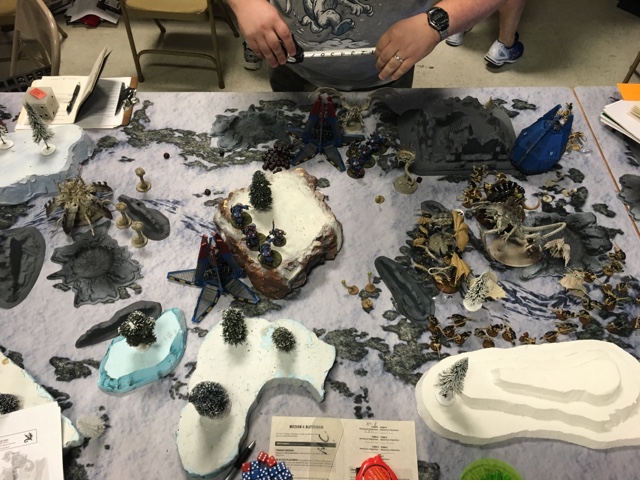 Ah a fresh new day and a total win to kick it off. My 3rd company's hard fought experience fighting Tyranids must have come in handy as I took apart this very mixed bag of bugs.
Game 5 - Space Wolves 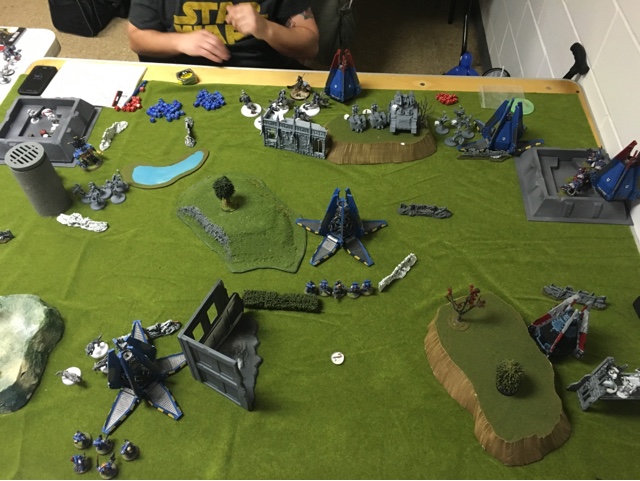 To wrap up the weekend, I got hosed by a Wolf force including mostly Wulfen and wolf cav, plus a few quad mortars. Nothing went right for me here, including the useless psychic powers I rolled, and tons of failed to-hits and armor saves.
Posted by bullymike at 8:21 PM