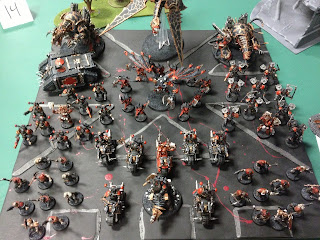 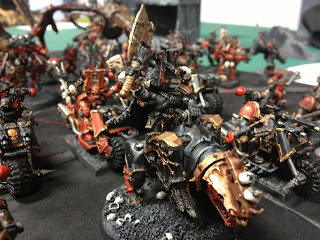 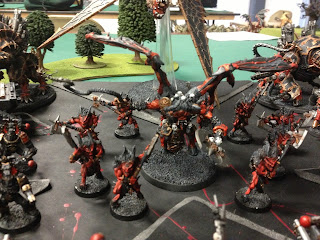 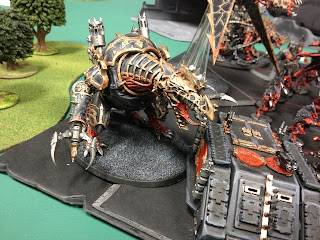 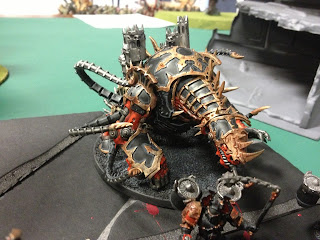 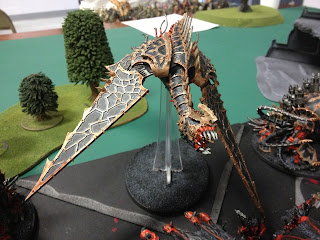 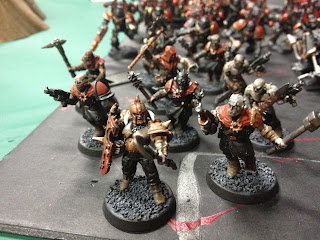 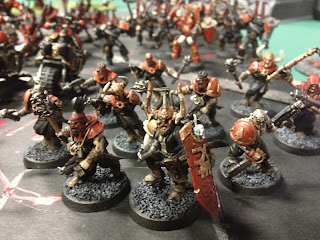 I forgot to add these pics from the Alamo 40k GT back in May. I took my 1850 Khorne CSM army with some khorne daemon allies. Here was the list:

The Friday before the tournament started, we hit the riverwalk running... 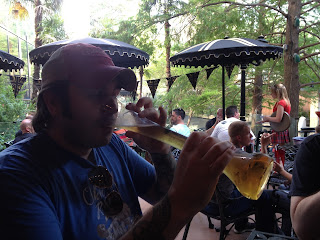 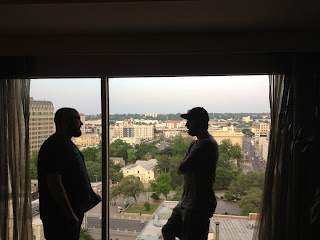 Courtesy of a buddy we had an amazing room right across from the alamo itself. 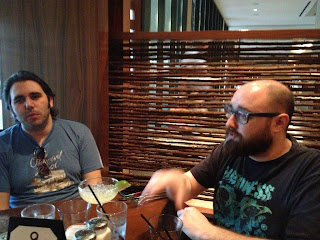 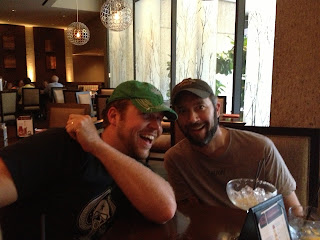 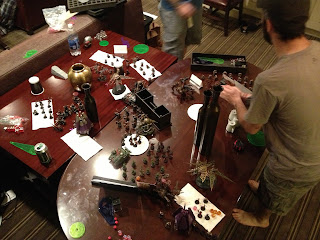 We played about 3 turns of a massive 2x2 game using makeshift terrain and stayed up way too late. 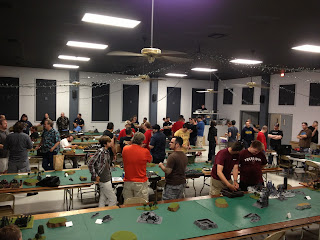 I didn't have my "bleary-eyed" photo filter on so this looks way clearer than how I saw it. 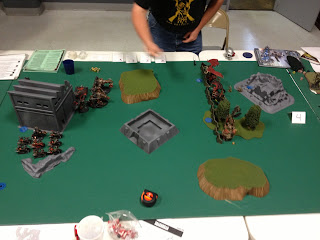 Game 1 was against a 5-demon bag army with a thirster and great unclean one leading the group. This was actually my first game against one of these armies, and I found out pretty quickly that you really need your own MCs or a lot more shooting to have any kind of chance against a build like this. 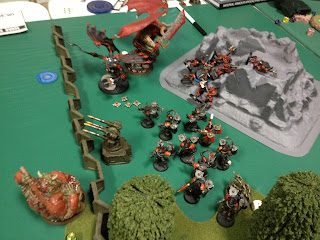 I made the best go of it and ended up scoring a few points but did lose the game. 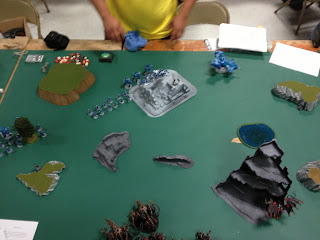 I played against a mixed tau army with Khorne daemon allies. Interesting mix, but I ended up getting a good-sized win. 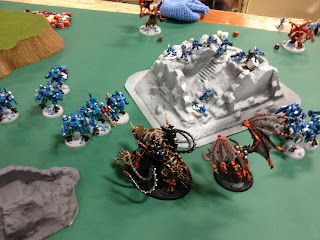 I was matched up against Will for my last game and he was rockin a necron army I didn't know he had. There was a minor misunderstanding regarding some rule of mine, and it ended up screwing Will over early in the game. Still, he hung in there and we had a tough match to end the day. 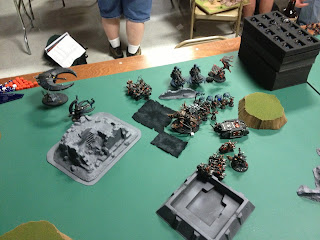 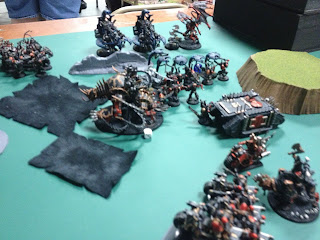 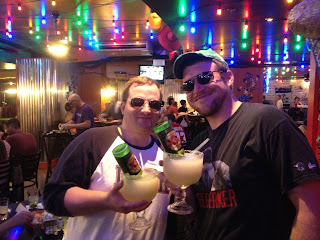 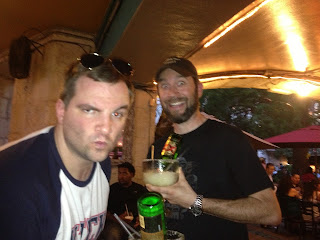 I actually crashed at a decent hour Saturday night and arrived at the venue ready for Day 2. 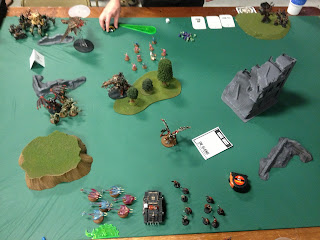 My first opponent on the second day had a mixed daemons army with a couple of nurgle soulgrinders, a bloodthirster, a bunch of horrors, maybe some plaguebearers...? I can't recall exactly, and I either won or lost by a small margin. Probably my favorite game, gameplay wise, of the tournament.

Then, off to a nearby mexican restaurant for some whaaaayt cake. 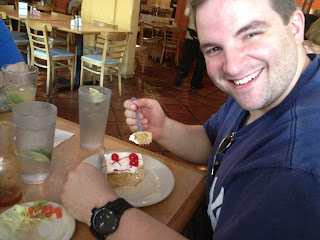 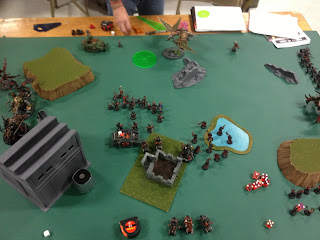 My last game was against goddamn Mike, my ride home! So to keep things civil, I let him win. And our maulerfiends hugged it out: 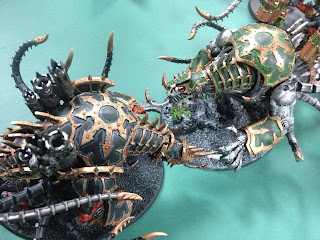 And my useless cultists took a free moment to send a signal to their patron god while they waited for imminent soulgrinder death: 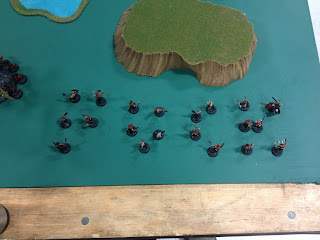 Posted by bullymike at 9:57 PM