I played a 2k game against Marky Mark's Assault Rammin' Space Marines this week and made a new video battle report. When I made my latest 'big' list of Tau, I wanted to include some less popular units and also take advantage of the new Barracuda rules in the IA3 update. So I did away with the helper commander and second tank.

I've played with this list a few times now. The Barracuda does ok, and it's only got 2 hullpoints, but I think it looks and plays so much better than the codex flyers. Even with some of the more 'fun' units, this list has still done pretty well; well enough that I'm just not sure if it can even hang in the 'friendly' game circuit. I did put the finishing touches on it today, including lens effects and sept markings on everybody. I picked yellow for Tau'n since I think it popped pretty well with the orange already in the scheme. I had to experiment with a sept marking quite a few times before I got a simple, repeatable design, and I think it came out pretty well. Here's a few more pics from our game: 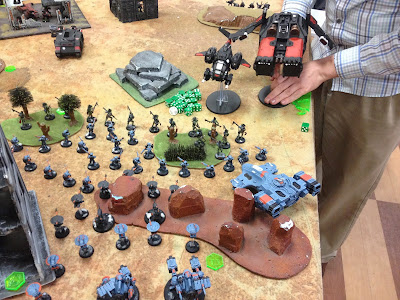 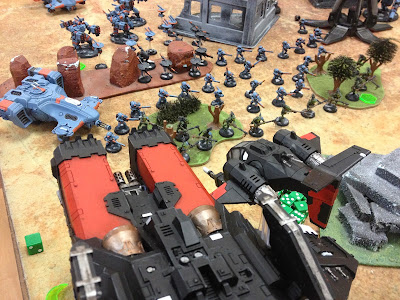 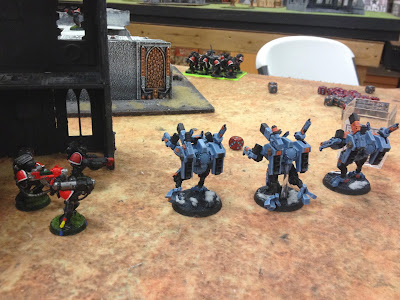 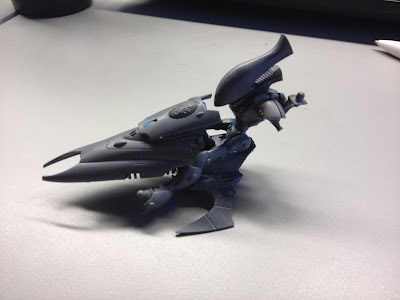